Pam and I finally finished all the things we needed to do in the valley and headed out for New Mexico, a place we both have wanted to explore. It was about two weeks later than we had originally planned, but just in time as the thermometer hit 100 degrees for the first time this year in Phoenix on the day of our departure.

We got a late start so we stopped at our place on the rim to relax and let the Roamer cool down, being 30 degrees cooler than the valley. The light snow from the week before had melted and the squirrels were back, quickly finding the full peanut feeder.

We always want to see new routes so we took highway 60 through Springerville into New Mexico this time. We made our way to a place I’ve always wanted to see – the Very Large Array on the plains of San Agustin. The 27 90-foot tall antennae are placed along one of three 13 mile long rail tracks to gather radio waves from far away galaxies.

You get how really big each of these antennae are when you get close to them. 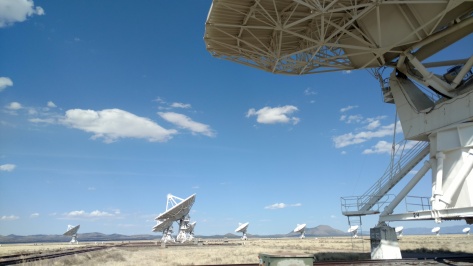 A special train engine moves these guys along the rails, where the spacing along the 13-mile legs depends on the detail desired from the far away galaxies. They have configurations A through D, where configuration A spans the entire 13 miles in each direction and configuration D is for “Darn” close.

We asked the folks there about good places to camp nearby. They recommended the National Forest, but requested that cell phones are kept in airplane mode and no microwave use within 15 miles of the array. It’s pretty sensitive and picks up everything. We took state route 52, a graded dirt road, south from the array and dispersed camped in the Cibola National Forest. 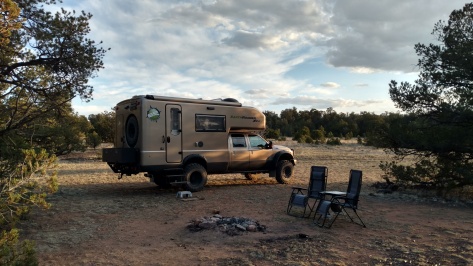 It was a great spot, but the wind howled through the night and it even poured for a short time before the clouds disappeared and the stars came back out before dawn.

We dropped back out of the national forest and continued south on 52 to 163, and then onto FR150, a forest service road called Railroad Canyon Rd. The scenery was beautiful along the high plains and through the canyons. We spotted a lot of pronghorn in the fields. 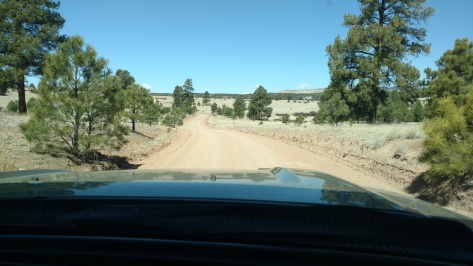 The canyons we passed through were beautiful. 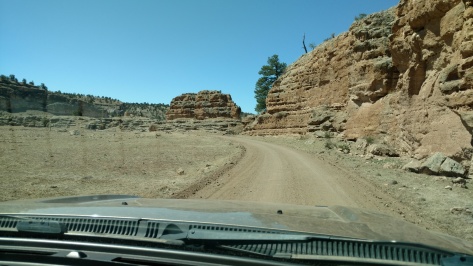 It was clear that this was cattle country. The new calves were romping everywhere. 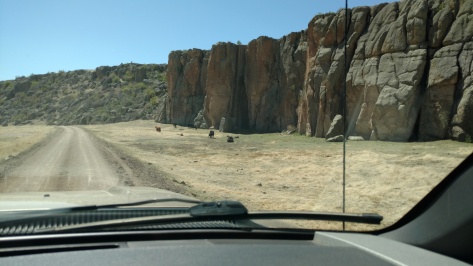 We stopped for lunch by a small lake under some cottonwood trees. 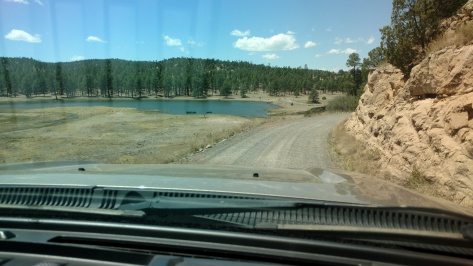 Just after lunch we passed a father and two boys who were there turkey hunting, but the front hub on one of the trucks had failed. They had driven out in their other truck to get a new hub but didn’t have the right wrench to remove the old hub plate. Luckily I had one and was able to help out, given that we were about 100 miles and several hours from the nearest town.

The entire ride we were over 7000 feet, where the area alternated from grassland, to juniper to ponderosa. We camped for the night in the Gila National Forest, at the Black Canyon campground along a nice brook that was the headwaters of the Gila River. We were the only ones there. Many of the trees near the brook were felled by beavers but we didn’t see any around. They must have been moved away from here.

We finished the drive out the southern border of the Gila National Forest and hit pavement again after about 140 miles of dirt. Our cell phones came to life for a brief period as we jumped over the continental divide and then went “searching for service” again for the rest of the day. 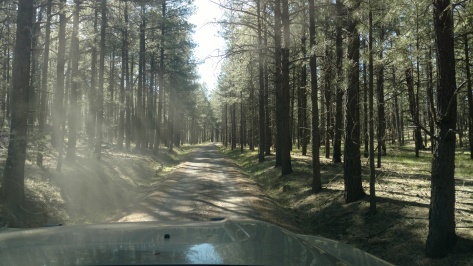 We made our way to the Gila Cliff Dwelling National Monument. We bought our 2016 National Parks Pass (3rd year in a row for a park pass) and hiked to the dwellings. 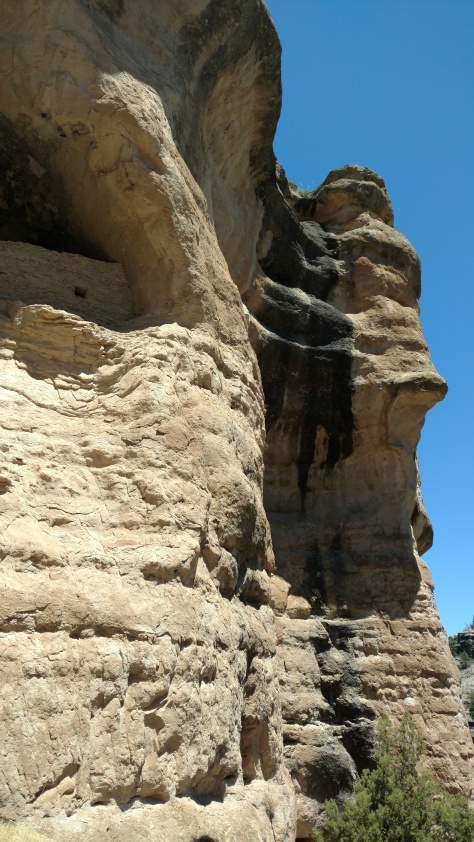 The six caves that make up the dwellings would have been a nice place to live. The Gila River ran just below these cliffs and the view was spectacular.

The wood that made the roofs has long since decayed, but their placement was still very evident.

The area around the dwellings was also beautiful.

We camped the night by Lake Roberts at the Mesa campground. I used the propane option for the volcano grill for the first time and it worked nicely, although, I’m already coming up with design enhancements to make it more functional.

The last day of the 5-day Tour of the Gila bike race was Sunday. We broke camp early and headed to Silver City before the mountain roads were closed due to the race. The last day is a long leg through 2000 foot climbs and descents. It’s called the Gila Monster, where the racers hit speeds of 60 mph on some of the very steep winding downhills. Top racers from all over the world come for this and it’s a qualifying race for the 2016 Olympics. We saw several of the pelotons leaving Silver City since they do a staggered start for the various racing groups.

We headed south, making our way to the City of Rocks State Park. This is a very interesting place where the rocks must be the remnants of a volcanic core.

We got there early enough to do a great hike and a nice afternoon nap for Mother’s Day. The camp spots are all tucked into the rocks and named after planets and constellations. 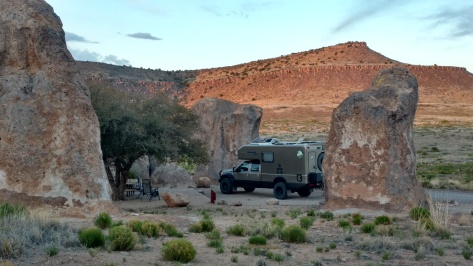 Tomorrow we head towards Roswell, NM.