With the Christmas season over and our holiday company returned home, it was time for a Roamer trip. I signed us up for an Arizona Antelope Foundation (AAF) volunteer project near Ajo in southern AZ. It was in a remote area, which made the trip even more enticing. 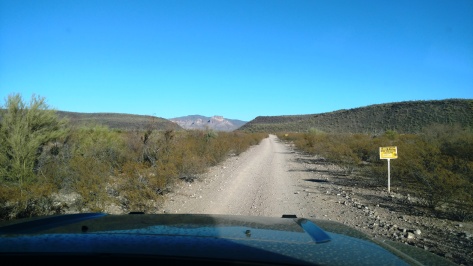 Pronghorn, or the American antelope, are the fastest land animal in North America, but will not jump a fence like a deer. They will slide underneath, if possible. Otherwise, their range is bounded by the barbed-wire fencing through the west. Therefore, nearly all of the AAF projects are to replace miles of existing barbed-wire fencing with a smooth lower wire to increase the pronghorn range.

This particular project was a collaboration between AAF, AZ Game and Fish and BLM (Bureau of Land Management) to fence in and protect a water tank (pond – when water is present) from wild burros and errant cows. They foul the water because they relieve themselves wherever they stand, which tends to be in the water on hot days. The wildlife in the area that depend on these tanks will not use them if fouled. The fence we erected had a lower smooth wire for the pronghorn to slide underneath and a smooth upper wire for mule deer to leap over. The middle two wires were barbed. 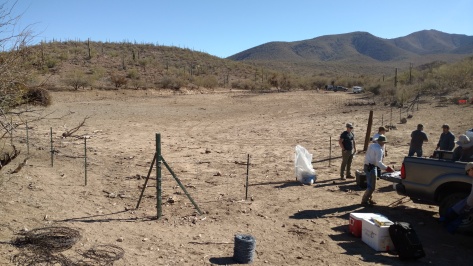 The AAF folks were great to work with and now we are AAF members looking forward to the next project, which will probably be lower wire replacement on an existing fence line.

From Ajo we headed east across Arizona to just south of Elfrida, AZ and the Whitewater Draw. The significance of this area is that is the wintering grounds for many Sand Hill Cranes. Thousands of cranes were there this year.

The other reason to go there was to test out our newest acquisition. After traveling for a few years now we finally broke down and bought a nice camera, the Nikon Coolpix P900. Still a point and shoot, but much better than our phone cameras.

The Sand Hill Crane is a four-foot bird that spends the night at the draw, and feeds in the nearby farm fields all day.

They leave in huge flock with a great noise just before dawn and return in the afternoon just before sunset. 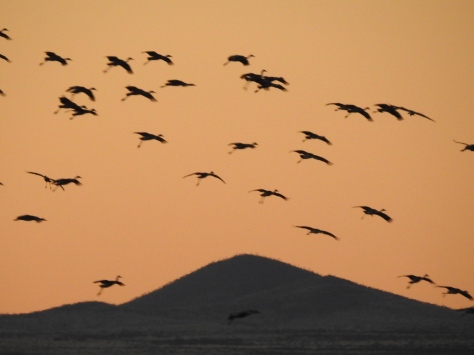 It’s a remote area, but there are a few camp spots there. We luckily got the last one upon our arrival.

The moon was nearly full while we were there. Our new camera does a great job capturing the moon. The zoom is so great that the toughest part is holding it still enough during the finger push to capture the shot. 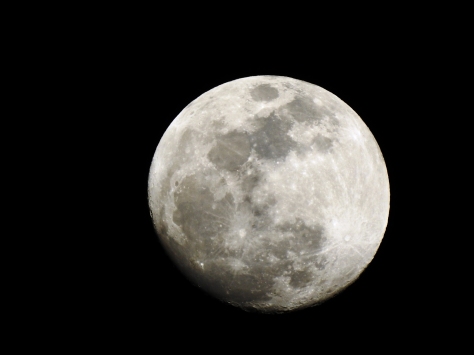 Pam is the birder of our family. She would point them out and I tried to get a picture. This was a male Vermilion Flycatcher. Slowly we’re learning how to capture the entire bird, not most of it, with a crisp focus. 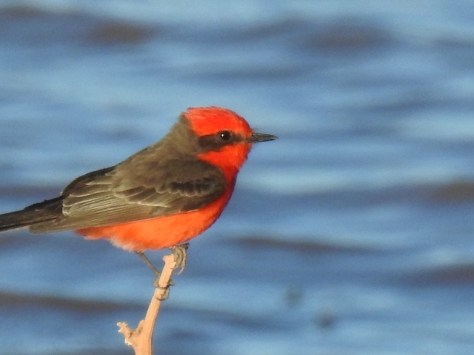 These two are a male and female Pyrrhuloxia.

This is a Northern Shrike with its striking pattern. 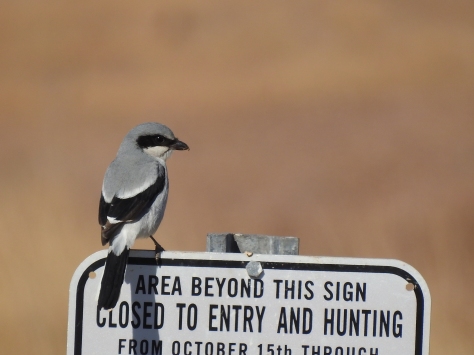 In the water, there was a Northern Shoveler. This was one of the few photos I could get with it not foraging for food in the water with its but in the air.

I was able to catch this Northern Pintail during the end of a nice morning bath. 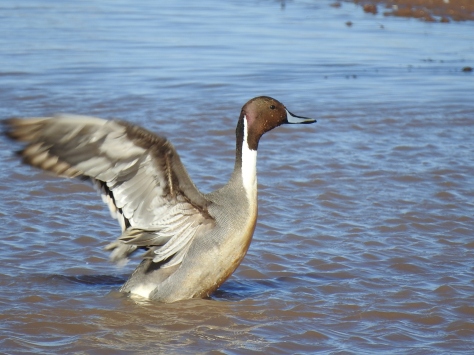 This American Wigeon couple was enjoying a meal along the shore banks. 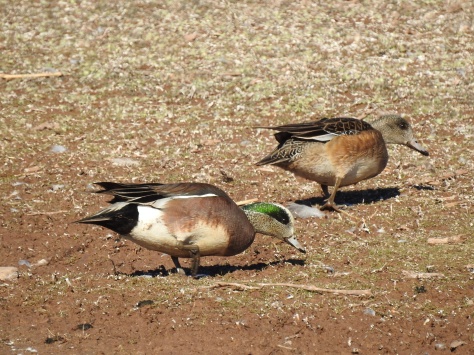 This Killdeer was taking a moment to reflect – lol. 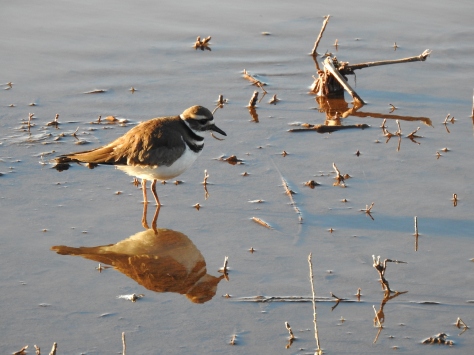 And of course, to keep all these birds in line, there were a few birds of prey, like this hawk. 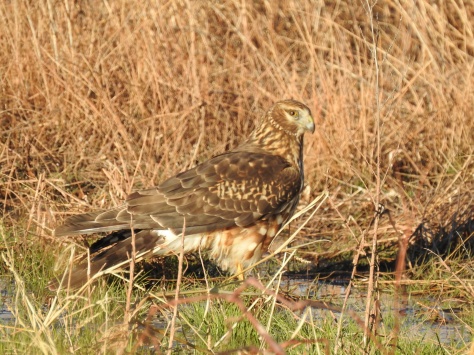 This juvenile Cooper’s hawk had a future meal in the brush in his sights.

As the sun set, the Great Horned Owl began his nightly hunt.

Stay tuned as we learn how to use this camera. Hopefully our blog photos will improve.

The night before we headed home, we shared dinner with Ward, a fellow traveler there to see the birds. He suggested we stop at the Amerind Foundation Museum near Dragoon, AZ. The museum is hidden in the beautiful Dragoon foothills, and was once a horse ranch before becoming a museum. It’s definitely worth the stop if you are in the area.

We took the back way home from southern AZ. North Cascabel Road runs from Benson to Mammoth along the San Pedro River on the eastern side of the Mt. Lemmon.

It was a pretty drive with a lot of huge, impressive saguaros to see along the way.

There was even an amazing field of cholla cactus that I’m glad we didn’t have to walk through.

The road meets up with Hwy 77 into Superior and from there we took US60 home. The dirt road sections in Cochise and Pinal Counties were well maintained and enjoyable to drive on through the towns and ranches along the way. However, the short section of road crossing into Pima County was horrible and obviously not maintained. The nine-mile extreme washboard road section was the only negative aspect of the drive home. I wonder if the Roamer comes with a road grader option?