We headed north on the east side of the Manzanita Mountains until we hit old Route 66 and headed west into Albuquerque to visit with Sue and Alex. On the way we stopped at Petroglyph National Monument to see some of the ancient graffiti. The petroglyphs are separated into several sites, but I failed horribly at map reading and we wandered around the first site for some time until one of the nearby residents came into the desert and corrected my map orientation. He was a retired postal worker and we got a short history of the region as an added bonus. Once I read the map correctly, the petroglyphs were much easier to find. 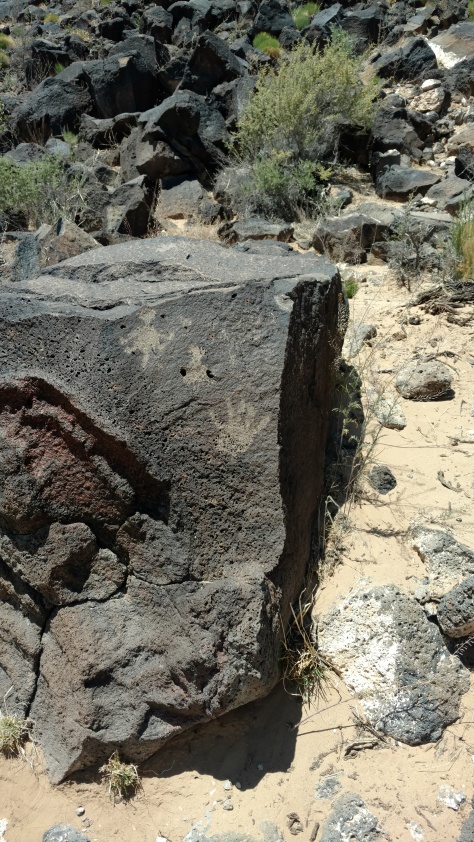 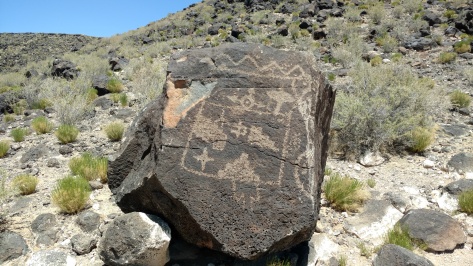 The monument was created to protect these rock drawings from the encroachment of the Albuquerque suburbs, which extended from the cliff we were on to the foothills in the distance. 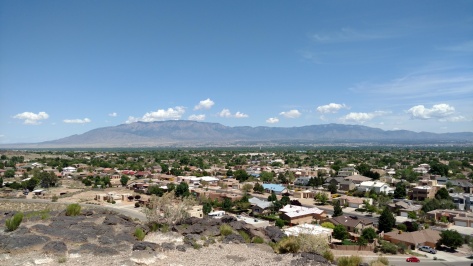 Sue and Alex were awesome hosts and even better tour guides. That night we had a wonderful southwestern dinner at a local restaurant, Cervantes, and watched a thought provoking Robert Redford directed movie, The Milagro Beanfield War, about the changes faced by many of the rural, mostly Mexican-heritage towns in northern NM by new development in these beautiful areas. Christopher Walken was the bad guy so “you know” it had to be good.

The next day they took us north past Santa Fe and to the small village of Chimayo. We visited several beautiful 200 year old churches in the area, 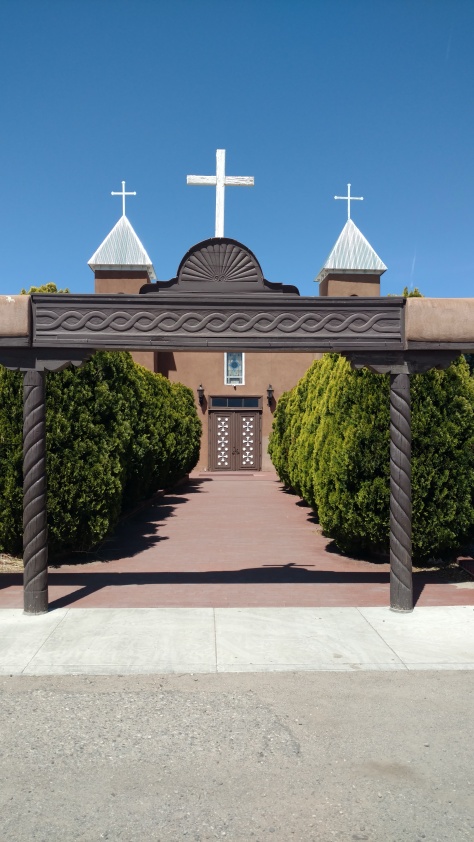 … including El Santuario de Chimayo. Nearly 300,000 people visit the site each year as part of their pilgrimage, similar to the Camino Way in Spain. 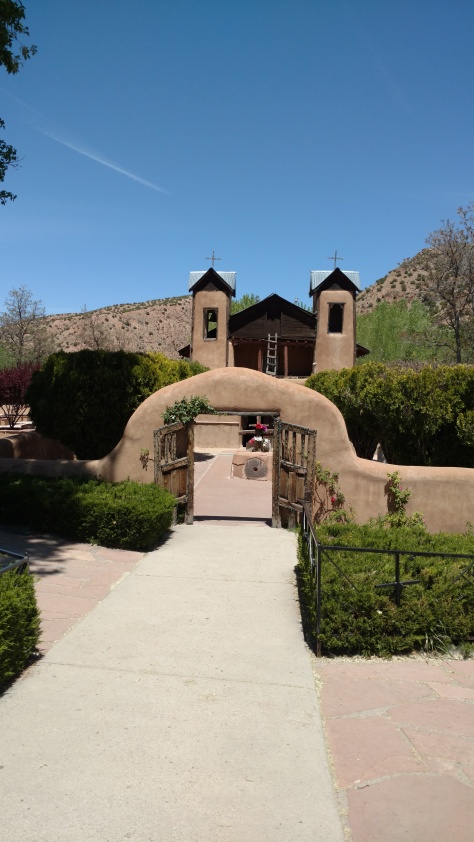 We had a fabulous southwestern lunch at the local and very highly rated restaurant, Rancho De Chimayo Restaurante that is located in an old 1880 home. 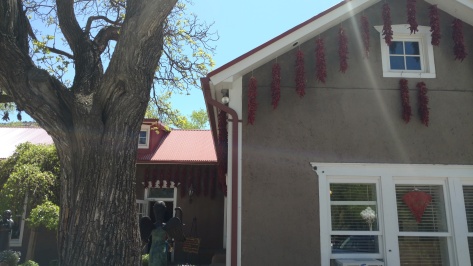 We then visited the small courtyard village, the Plaza Del Cerro, tucked in the hills… 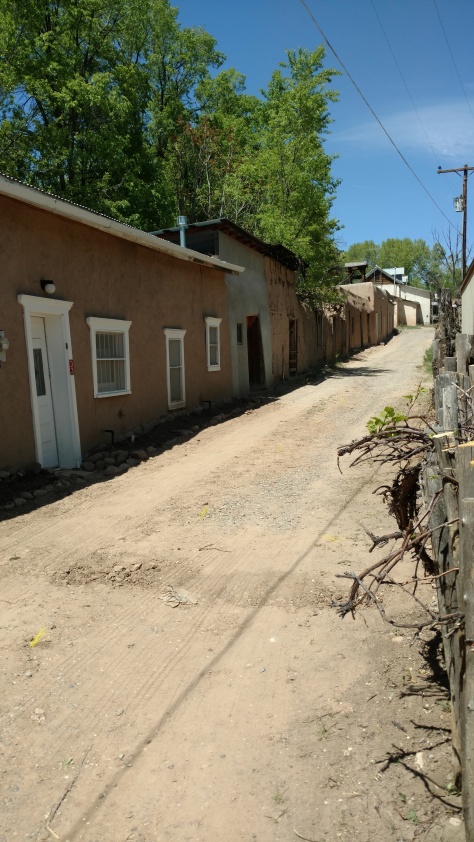 and visited the local weavers making the beautiful southwestern rugs for export all over the world.

Sue and Alex headed back to Albuquerque, while Pam and I found a nice spot in the Carson National Forest nearby to camp for the night. It was nice to get away from the city again. 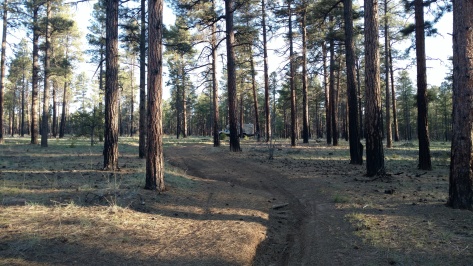