We drove into Taos the next day and by way of another beautiful church, San Francisco de Asis Mission Church, one of the most photographed churches in the area. 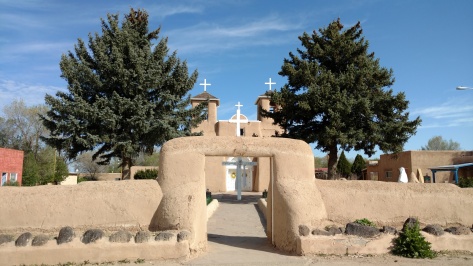 We toured Kit Carson’s Taos home, a few of the many art galleries in the area and strolled through the Saturday farmer’s market in the square. 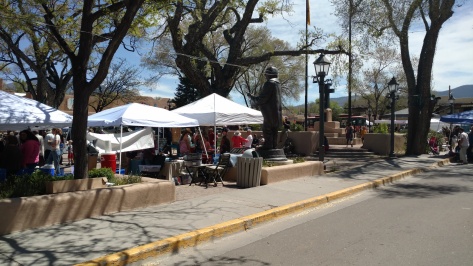 We then drove the Enchanted Loop through the mountains around Taos that passes by the ski resorts of NM, many with snow still visible on the peaks. 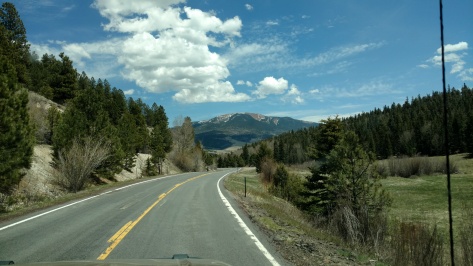 We camped for the night at Eagle Nest Lake State Park at the base of Wheeler Mountain, the largest mountain in NM at 13,159 feet and still covered with snow. The picture below was not of the peak because it was still covered in clouds and snow while we were there. The park itself was covered in Prairie dogs and we even saw a badger, at a safe distance, hunting them as we sat out in the evening. 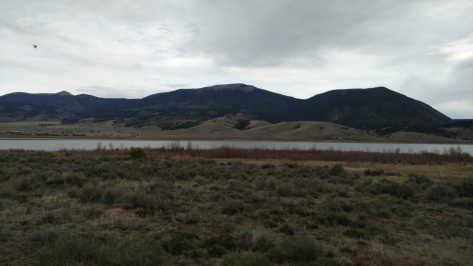 The next day we drove back into Taos to join up with Lou and Nancy on their way to the Overland Expo show near Flagstaff, AZ. At one of the galleries we visited, the artist showed us a casita she had redone for guests to stay. It was the epitome of NM décor. 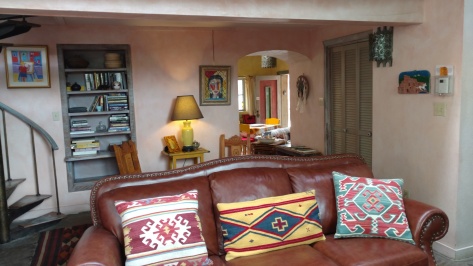 We camped in the Carson forest just outside of town and enjoyed the evening catching up and watching storms all around us until one came right over us, dropping a lot of hail and then providing a good lightning show that lit up the nighttime skies. 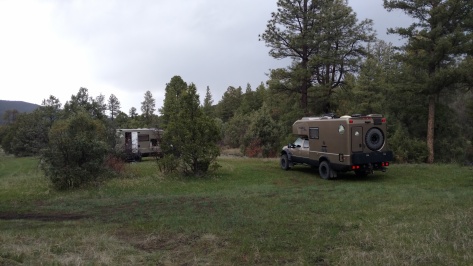