We left Missoula again, heading east towards central Montana and the capital of Helena. We camped in the Aspen Grove CG, just outside Lincoln, MT next to the largest ant hill constructed out of pine needles. Luckily they couldn’t get into the Roamer.

We then stopped at the Tizer Botanical Gardens in Jefferson City, MT.

It was a very whimsical garden with a lot of unique things on the grounds.

The original homestead’s log cabin was refurbished for possible overnight stays in the garden. The owner, from Flagstaff, AZ, has been in Montana with her husband for a couple of decades now creating the gardens.

To get back on the Lewis and Clark trail we re-engaged at the most logical place, The Lewis and Clark Brewery in Helena, MT. They have some very good beers, including a Scottish ale that Pam enjoyed. We ate, drank and gathered up a few of their 32oz “compasses” for the future, in case we got lost.

While the beer was very good, the brewery had the best design for urinals that I’ve seen yet. It’s kind of like salmon, where the beer wants to return to its source. 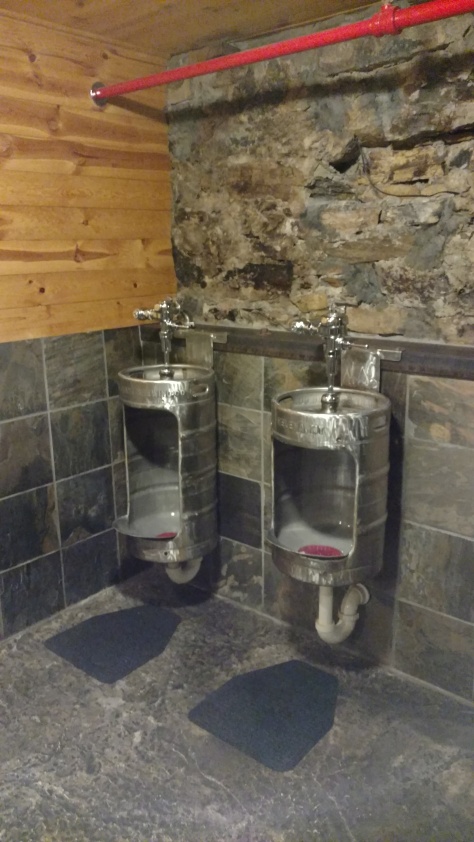 We then headed out for a hike to refrigerator canyon in the hills outside Helena. We passed through Nelson, MT that claims to be the cribbage capital of the world. There’s a story there, but we didn’t stop to find out.

Refrigerator canyon was a short hike into the hills. The slot area is said to create a region nearly twenty degrees cooler than the outside temperature. It was hot out and felt really good in the canyon. Folks hiking in front of us saw a mountain goat family bolt up the mountainside just before we arrived.

We camped outside York, MT at the Vigilante CG. Someone built a nice rock water break in the stream next to our campsite that created a nice babbling brook noise.

We then headed south to the headwaters of the Missouri River. The Lewis and Clark original plan was to head up the Missouri River, cross a small distance over some small hills and jump onto another river on the other side that would take them to the Pacific Ocean. This place must have been the place where “plan B” took shape in 1805. The mighty Missouri is created from 3 rivers: the Jefferson, the Madison and the Gallatin Rivers that come together here at the base of the Rockies. From here they crossed the Rockies and jumped onto the Columbia River, several hundred miles to the west.

The confluence area is very beautiful with large grasslands and many rivers flowing all around. We camped there that night at the headwaters.

The Lewis and Clark expedition followed the Jefferson River west, so we did as well. We stopped at the Lewis and Clark Caverns to camp next. They hunted for game all around the cavern according to their account, but never found it. It was discovered later. This view is from the cavern entrance looking down at our campsite and the Jefferson River below. 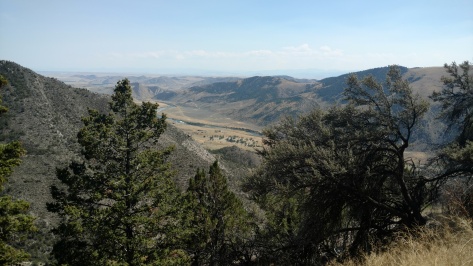 While Pam and I are not “cave folks”, we have now seen a lot of caves in the US. These were limestone caves with a lot of water, and therefore a lot of beautiful structures everywhere. The lighting used was really good in these caves. These photos are with no flash. 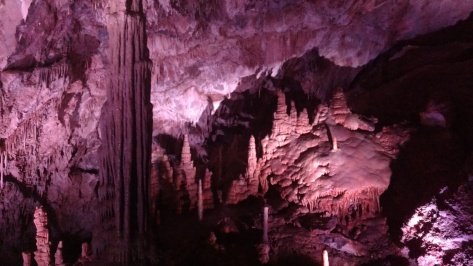 The most unique cave feature was a slide to get through a tight section. The slide in the natural rock looks like beautifully polished travertine. 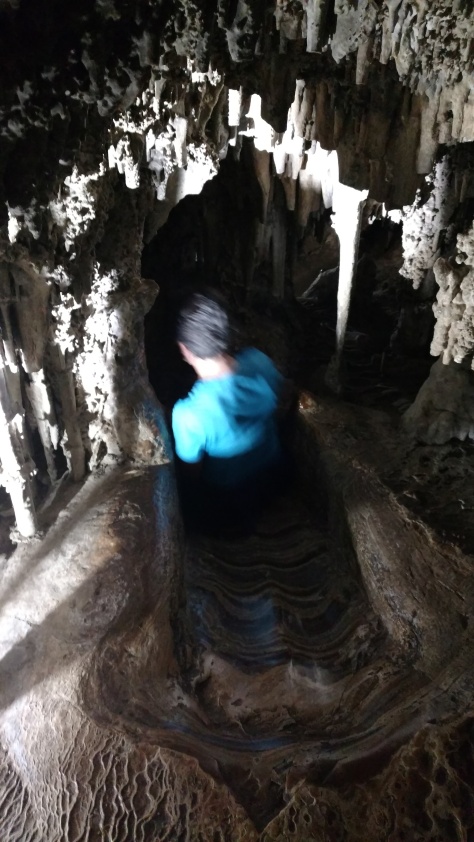 We ended the day with a beautiful full moon at the campsite there.

Lewis and Clark then continued west at this point, while Pam and I headed south in search of treasure.