From our base at Calf Creek CG we took off west for the north entrance to Cottonwood Canyon Road. Our attempt to travel this road earlier in the trip from the south entrance was halted due to rain, but the weather passed and the road had time to dry.

Our first stop along the road was Kodachrome Basin State Park, which definitely earns its name.

We hiked Angel’s Palace trail to get a view of the incredible rock formations in the basin. 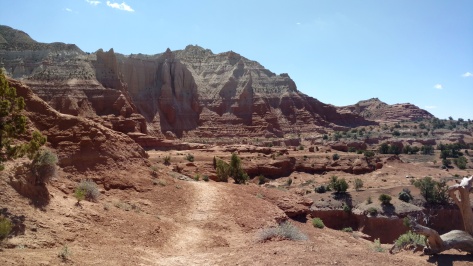 The trail traversed a rock plateau for a grander view of the area. 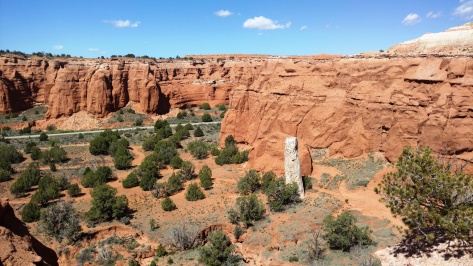 There were a lot of rock peninsulas that offered great photo opportunities, and possible injury – lol.

The rock colors, representing different formations over millions of years of vastly different eco-systems was both humbling and beautiful. Kathy is a geologist, so the hikes were filled with information on the rocks. 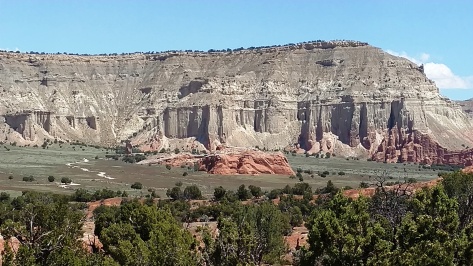 Although most of the time she was just as interested in the amazing flowers in bloom all around us. 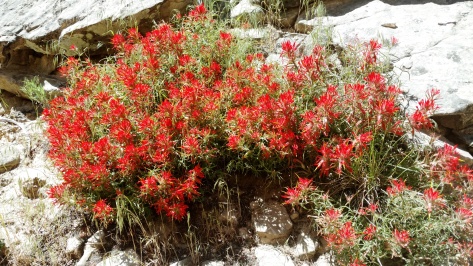 And while the basin was unique, the beauty of the area extended for many miles.

We drove out to chimney rock and then hiked to Shakespeare Arch, a small but colorful arch that Pam and I had never been to before.

We left Kodachrome and headed south into Grand Staircase along Cottonwood Canyon. We stopped for lunch at Grosvenor Arch.

This was a much larger arch, or arches as the picture shows, and impressive.

We then headed further south to my favorite spot along Cottonwood Canyon, the Squeeze. The area is named this because of the many colorful rock layers tilted near vertically along a fault to produce an incredible area.

We hiked the Cottonwood Narrows, a slot canyon that runs parallel to the Squeeze. 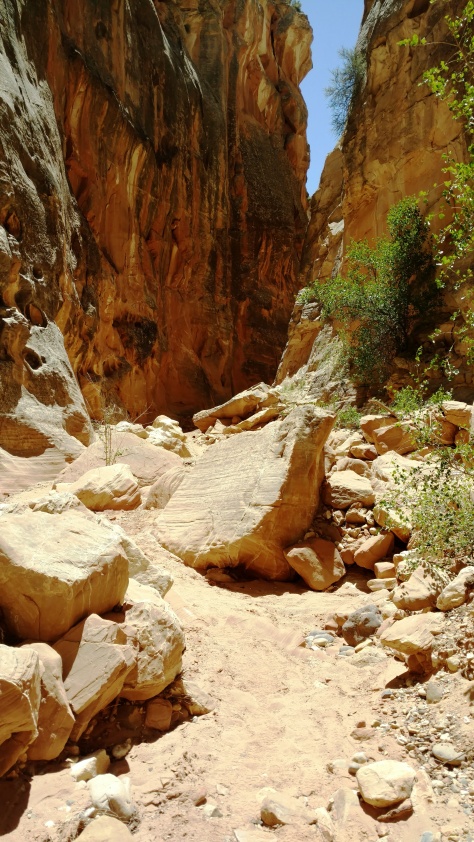 On the way back to the car we came across a 3-foot bull snake making its way across the road. I think he wanted to stop and get some sun on the road, but we hurried him on his way across so that he was not flattened by oncoming tourists.

This is a very unique area.

On the way back to Calf Creek CG we stopped at a campground in Escalante where you can rent vintage Airstream campers to stay in, if you don’t have a camper yourself, and watch the nightly “drive-in” movie from a vintage car. “City Slickers” was playing the night we stopped, but you had to be staying there to watch the movie. It’s definitely on the list for a future trip.

Before getting back to camp we stopped at the Escalante River crossing and hiked up to petroglyphs on the rock walls above the river. Someone had taken power tools and attempted to cut out the 1000 year old petroglyphs along the wall. This is one of the best reasons why these type of places need protection under a national park or monument. It’s very sad to think someone thought this would be acceptable.

The day was a taste of life on the road with a big class A motor home and a car in tow, or even a fifth-wheel after you park and detach your truck. There are definite advantages to having a smaller vehicle to drive around and especially park at various places nearby, while your campsite remains in-place. Not sure we’re ready to give up the Roamer yet because of its advantages in the back-country.