EarthRoamer had a 20th anniversary rally just south of Moab, UT. Bill gave a great talk about how the company took shape and became what it is today. The original prototype was built in 1998 on a Dodge chassis, but Dodge would not give him a meeting to discuss the future commercial design, while Ford did. That’s why today the design is build on the F-550, with the first Ford version completed in 2003. Since then just over 200 have been built by the EarthRoamer team, where ours is S/N 110.

Roughly 40 vehicles from all over North America showed up for the rally. They had classes in the daytime to help owners understand the subsystems better and even covered winch and sand recovery techniques.

They also had a couple of drives out to the local Canyonlands National Park for some off-road fun. The rally stopped in Dead Horse Point State Park to see the expansive beauty of the area from the overlook. There was still some smoke from a forest fire to the west, but the view was incredible. If you look closely at the center of the picture you can see the dirt road we came down later in the day from the ridge off in the distance. 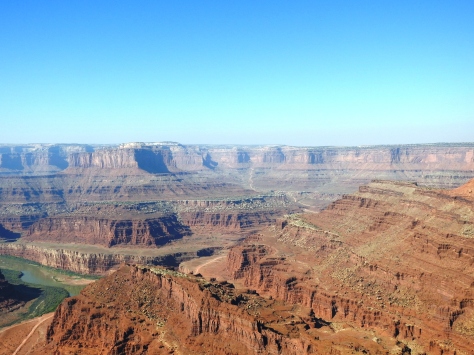 We then went to Canyonlands and took the Shafer trail down into the canyon. This is a picture of the rig we were following. What a great road and drive. It was two-way traffic too. Luckily, we were on the inside lane. 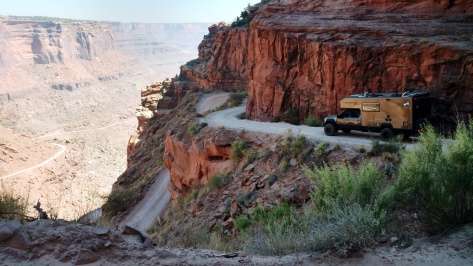 The road ran along many beautiful vistas within the park. 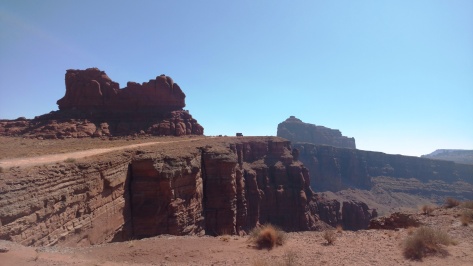 At one of these vistas we stopped for lunch. We jumped off the Shafer trail and onto the Potash trail that runs along the Colorado River and dumps you back into civilization right at the entrance to Arches National Park.

A great band from Salt Lake City, Opal Hill Drive, played that night at the rally camp at Area BFE. The band’s equipment and lights were powered by the single EarthRoamer’s camper batteries parked next to the stage – impressive. We even had a bright, full moon for the show.

We left the rally heading south towards Arizona but were quickly distracted by the southern entrance to Canyonlands NP, a place neither of us had been to yet. Along the way to the park entrance we passed Newspaper Rock, a rock filled with petroglyphs from native clans that marked their passing through the area for hundreds or even thousands of years. 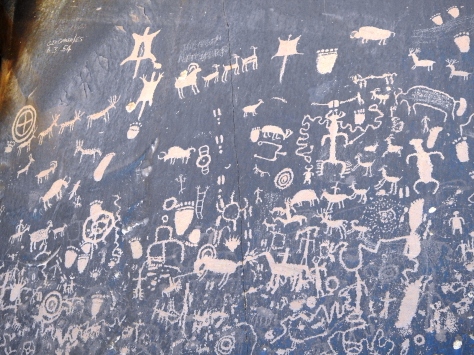 We did a nice hike in Canyonlands, but it was a little warm and not much shade. 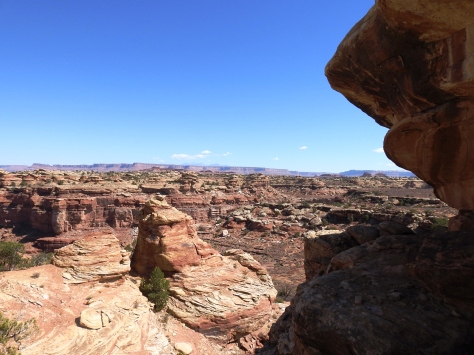 After the hike we continued south to Muley Point. Being Saturday night, I figured it would be hard to find a good camping spot on this majestic point, only to find out we had the place to ourselves. The San Juan River cuts a beautiful gorge through the valley below as Monument Valley sits on the horizon to the south.

The sunset lights up the plateau of Muley Point for a beautiful evening campfire.