After spending a couple of days with Lou and Nancy in Fruita, CO we hit the road again. We had not camped in this area of the Colorado, so we went to explore a new spot. Just east of Grand Junction the ground rises to a large plateau above 6,000 feet that forms Grand Mesa. The recreational area was filled with dirt roads, campgrounds and lakes.

We talked to the Ranger at the visitor center and while they do have a lot of campgrounds, dispersed camping was permitted in the forest. We found a spot where many of the local aspen trees had begun to turn into the yellow fall colors. 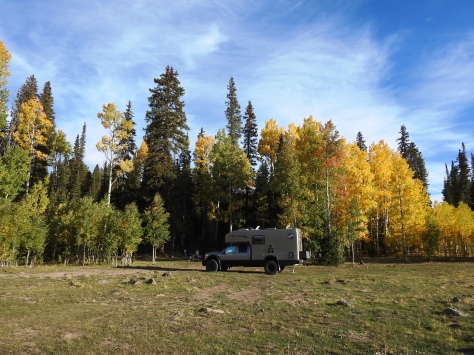 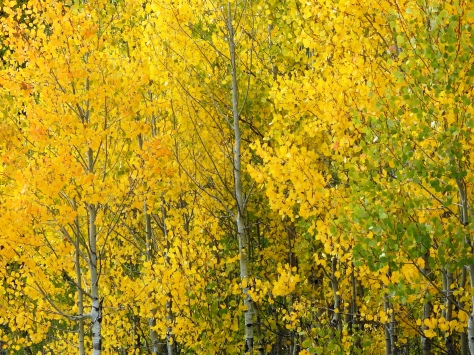 EathRoamer, the builder of our rig, was having an owner’s rally south of Moab to celebrate 20 years in business. We hopped off the Mesa and onto Hwy 141 through the canyons heading west towards Utah.

The canyon made for a peaceful and beautiful drive as we closed in on Moab, UT. We even spotted a Big Horn sheep, but weren’t quick enough to get a picture. 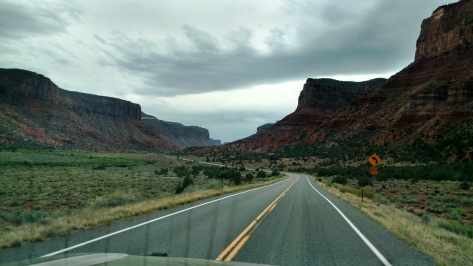 The Dolores River canyon was beautiful and was once the sight of gold mining. 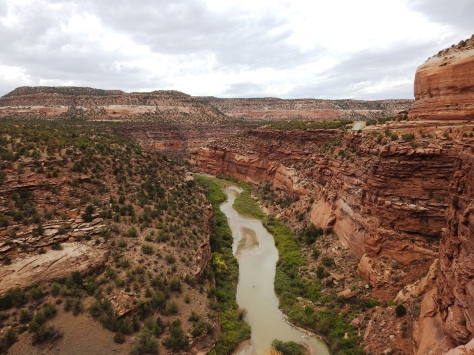 The flume used to move the excavated soil along to separate the gold still is visible today. This section of hanging flume ran for miles along the rock face. The gold flakes were too small to effectively separate out using this technique so the mining stopped many years ago.

We arrived at the owner’s rally at Area BFE, just south of Moab. The site was remote and had spectacular views. If you look closely there are a few EarthRoamers camped on the ridge in the center of the picture. 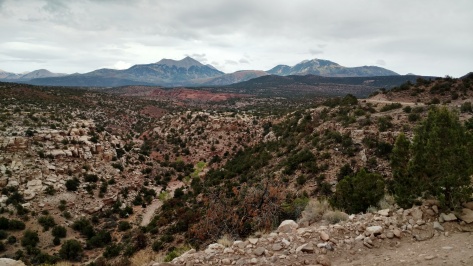