We started our Kentucky experience at Blue Lick Battlefield campground, where the last battle of The War of 1812 took place. Daniel Boone and others took part in the fight against the British and Indians. The Lick was named for the salt licks in the area that were used by wildlife and the folks for centuries. We hiked an old buffalo game trail that tramped the trees centuries ago when they were in the area so that a unique goldenrod plant could grow. Hopefully one day they find that the now protected weed is the cure for some awful disease, since I would be inclined to weed-wack the plant off the trail.

As we traveled down to Mammoth Caves we found ourselves in some beautiful horse country near Lexington. Not a low rent district. It also happens to be part of the bourbon trail – so we stopped at my favorite, Wild Turkey, for a tour and some samples. Picked up a bottle of American Honey and a nice Wild Turkey tumbler to enjoy it in.

Did two different cave tours today at Mammoth. The cave system is over 400 miles long through the limestone. Some rooms are huge and others are not (one passage was appropriately called Fat Man’s Misery) – but I made it through without a problem. 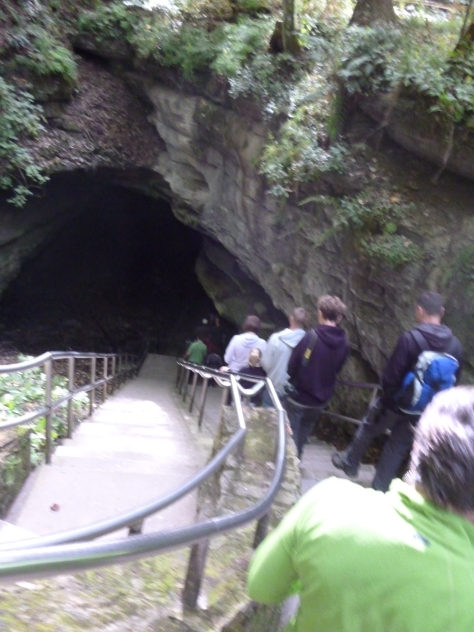 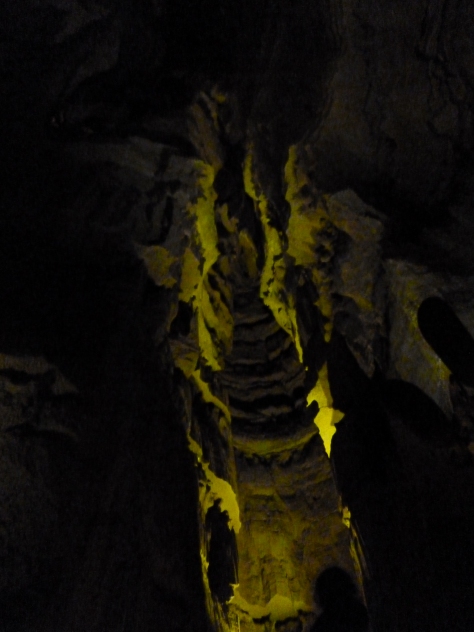 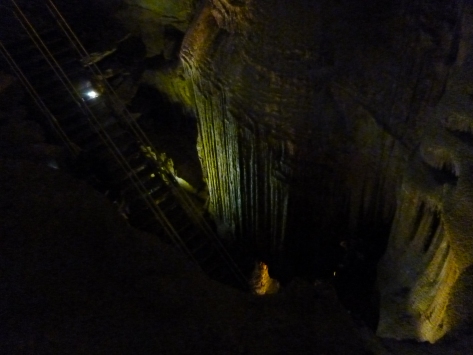 Tomorrow we’re turning west towards Colorado, but may only make it as far as the Kentucky – Missouri border.